Mount Nemrut: Nature and History at its Peak 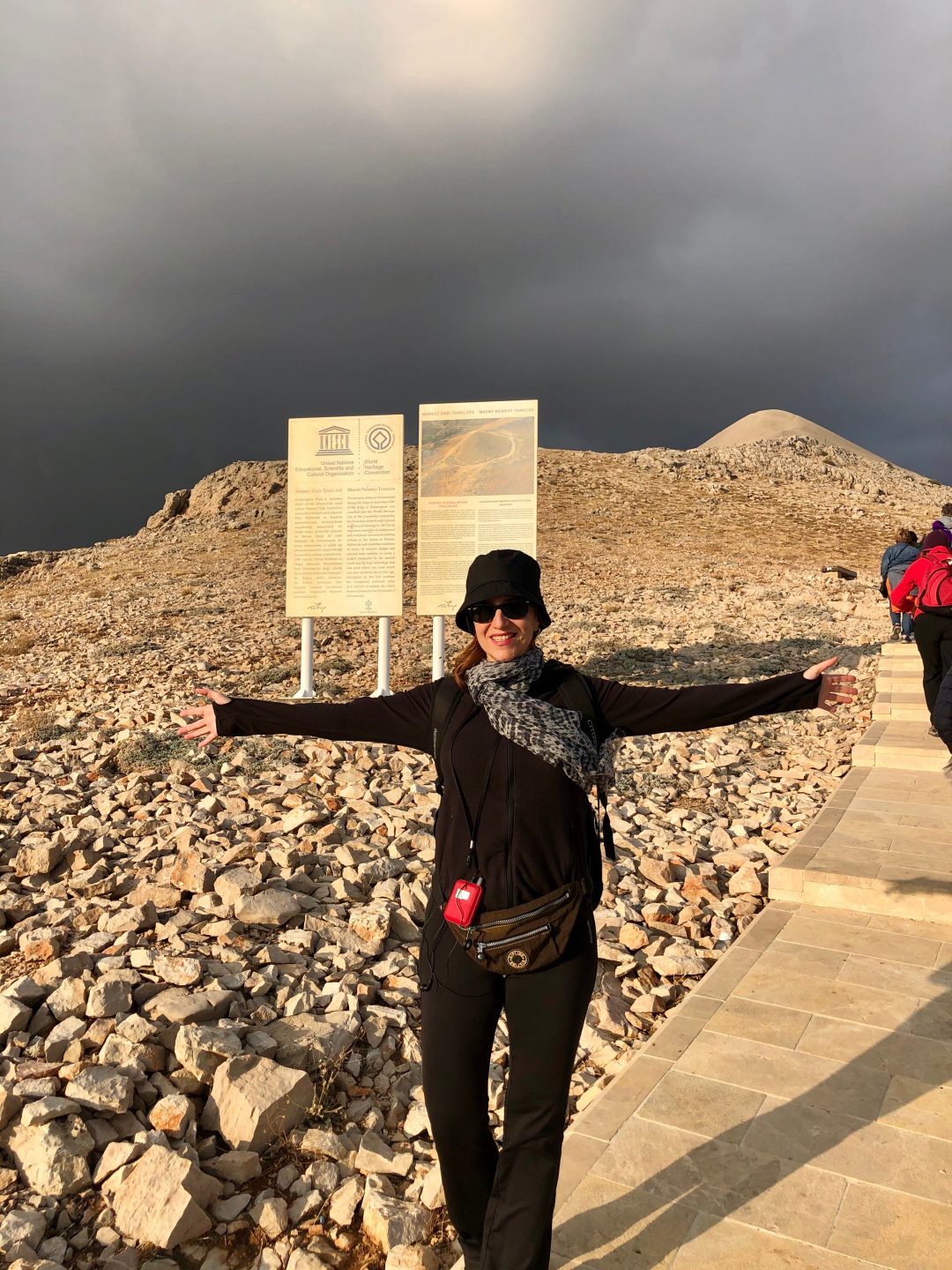 We fly to Adiyaman with Turkish Airlines at 10:55 in the morning to climb Mount Nemrut. Adiyaman is situated in the Southeastern Anatolia Region of Turkey. 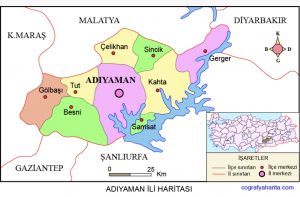 Lunch on the Dam Lake Shore

We go to Akel Restaurant-Neşet’in Yeri, located on the edge of Atatürk Dam Lake for lunch with our transfer vehicle. A clean and simple place, offering local flavors. We are lucky to sit outside enjoying the October weather and the sun. 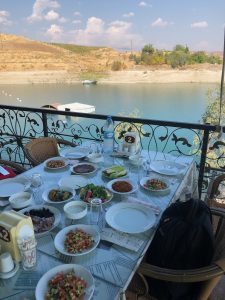 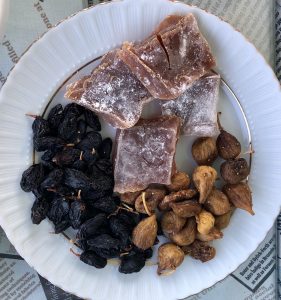 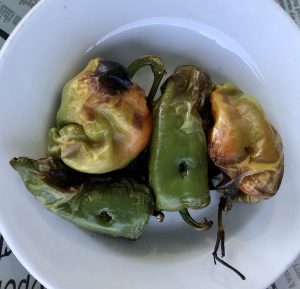 After storing the energy required for climbing the mountain and sightseeing, we get on our vehicle again and set off towards Mount Nemrut. On the way, we stop to see Karakus Tumulus and Cendere Bridge, respectively.

The Karakus Tumulus – Tumulus is the name given to the hills formed by a heap of earth containing a grave – where the women of the Commagene Kingdom (1st century BC) are buried lies 49 km east of Adıyaman. There is an animal statue above each of the three columns south of the tumulus: a lion, a bull and an eagle. Together with my family, I pose to have a picture in front of the eagle. 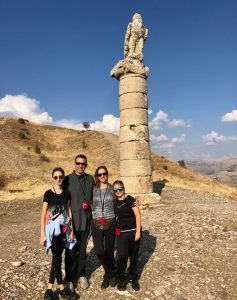 The beautiful bridge on the Cendere Stream, 55 km from Adıyaman, is the Cendere Bridge with the same name. There are two columns at each side the of the bridge, built in honor of the Roman Emperor Septimus Severus, his wife Julia Donna, their son Caracalla and Geta respectively. As you can see in the photo, it is estimated that the missing column was removed after Geta’s murder by his brother Caracella. 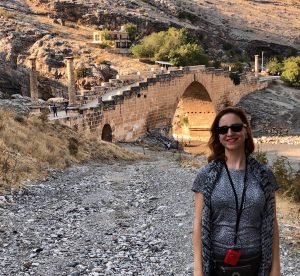 We get off from our vehicle in the center located on the skirts of the mountain to climb Mount Nemrut. Mount Nemrut is about 2,150 meters high and has been included in the UNESCO World Heritage List in 1987. We will see above; a spectacular scenery, extraordinary historical sculptures and the sunset. We climb the stepped stone road taking a break on the stone benches going to the East Terrace. 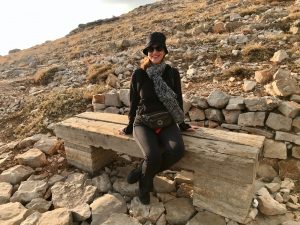 Monumental tomb of King of Commagene Antiochus I is located on Mount Nemrut. This temple tomb consists of a 50 meter high tumulus with east and west terraces around it. On both terraces, Antiochus has a statue between the ancient Greek and Persian gods as a God-King. The original image of the sculptures, whose heads fell over time, was as in the representative picture below. 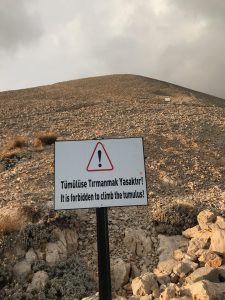 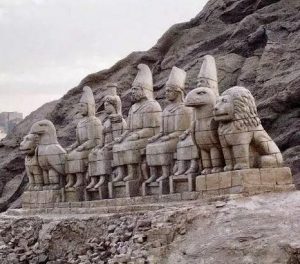 The order of the sculptures is as follows: God-King Antiochus at the far left among the guardian lion and eagle figures on both sides, the Mother Goddess of the country Commagene, Father God Zeus in the middle, Apollon next to it and Heracles at the far right. At the summit, we admire the meeting of nature and history, as you will see in the video below: 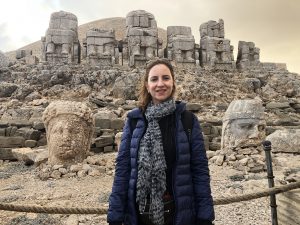 As the sun goes down, the air begins to cool down. When climbing up, it is better not to wear too much, because as you exert effort, you sweat. After going up, it is necessary to start wearing the layers slowly as it gets cold. Finally, we walk around the cumulus to reach the West Terrace. While watching the sunset at the summit of Nemrut, I am thankful that I could make it up here and leave as a very happy traveler. 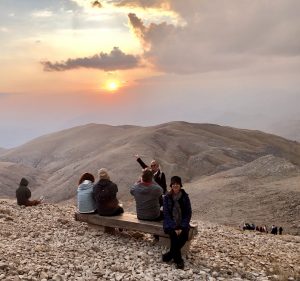